Big Boi – Lines (feat. A$AP Rocky & Phantogram)(MP3)
While we won't have another Outkast album, next month comes the next best thing, Big Boi's follow-up to 'Sir Lucious Left Foot'.  Big Boi says Andre 3000 is not on the album because he's too busy doing Gillette commercials.

Yo La Tengo - Before We Run (video)
Excited for the new album, 'Fade', due January 15, and their new tour. 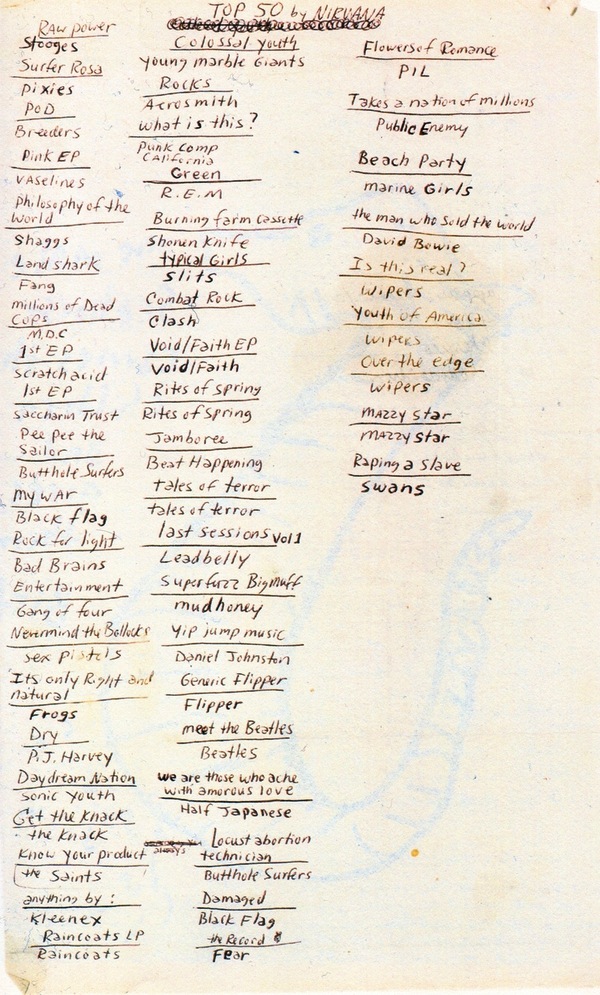 Kurt Cobain's Handwritten Top 50 Albums List
Interesting to see Public Enemy and The Slits on this list. The Vaselines, David Bowie, and Leadbelly are listed and are well known to fans as they were also covered on the Unpluggged album. Black Flag is the only group to make the list twice.

Phantogram - Don't Move
Official video comes nearly a year after the release of what is still their best song. Features a girl who reminds me vaguely of Carrie plus the cube from Mulholland Drive.

The Infinite Jukebox
The most fun I've had with a web music program since The Wub Machine. Unfortunately, it only works in Google Chrome. Part of a series of projects introduced at MIT's Music Hack Day this past weekend.

Are humans becoming less intelligent?
A look at YouTube comments suggests the answer is yes.

Sky Ferreira - Everything is Embarrassing
I'm not sure when I'll get sick of her. Move over Lana Del Ray.

Tell me if you've heard this one before: Kevin Shields Says a New My Bloody Valentine Album Will Be Out This Year.

Still hard to collect my thoughts and write a worthy tribute. Here are some remembrances from around the web.